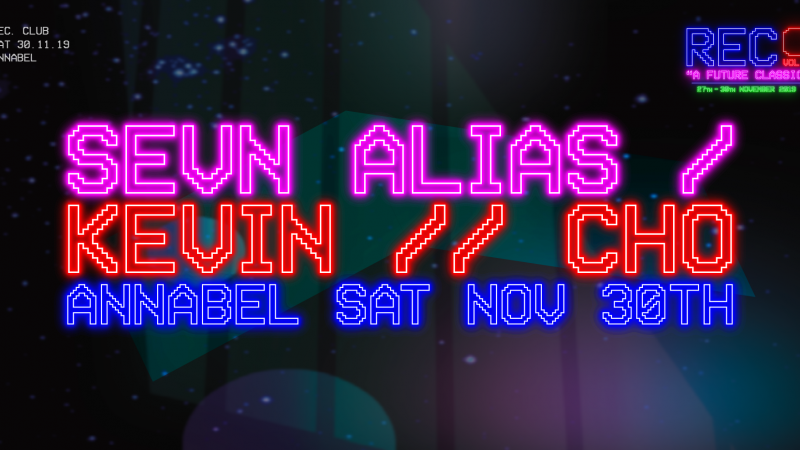 
On Saturday, Annabel’s nightly hours will be occupied by some of The Netherlands’ most popular names in the hip-hop scene. Get ready, cause Sevn Alias, Kevin and Cho are coming to REC. Vol. 4.

It has only been four years since Sevn Alias made his national debut on 101Barz (officieel). In the mean time, the rapper has run miles and miles to jump past his colleagues. It is for a good reason that Het Parool reviewed is his latest album Sirius beneath the (loosely translated) headline: “Rapper Sevn Alias operates on one extraordinary high level”.

The second name on our line-up for the night is one of the fastest rising, but slowest rapping artists in the Dutch game; Kevin a.k.a. (self-named) ‘slow flow animal’. The rapper from Rotterdam just recently released his second album ‘Vrij’ in Annabel, back in June. Now the blonde young man will return to our mainstage to perform old and new songs alike.

The third artist in Annabel surely does not stay behind in terms of Spotify plays or success on stage. After a small pause of three years, CHO returns to the stage with a new record (Since ’93). Despite his little absence, the arrival of this new record proves CHO is an established name for Dutch hip-hop fans; his show in Paradiso’s main hall sold out without any effort and Since ’93 has millions of plays online.